In July, I went to Laity Lodge in the hill country of Texas—an incredibly raw and beautiful landscape—and twice I hiked to a swimming hole with my friend Claire. It was sublime: afternoon walk in dappled shade, breaking a sweat, climbing up and up, and then arriving to deep water for instant resuscitation. Here’s that swimming hole, a deep blue glassy surface surrounded by rock edge, and crowned by low-growing green brush on the surrounding hill of oyster-colored stone: 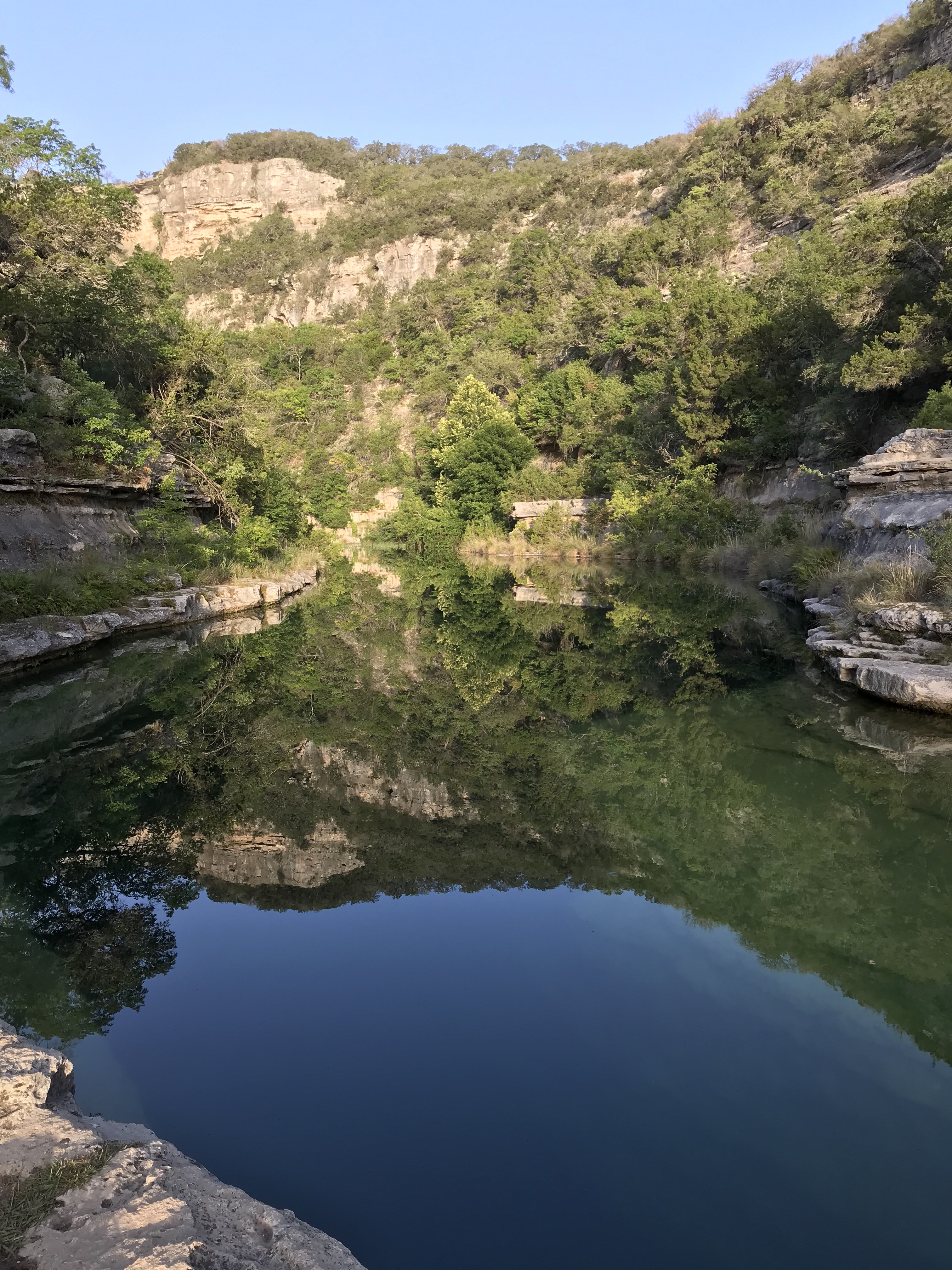 I told my friend John about this when I got back. He grew up in West Virginia, has lived all over the world, and said this is his favorite combination outing: a hike to a swimming hole for “agua dolce,” he said. He kind of collects these experiences in as many places as he can. I see why.

For me, I think it’s canoeing-while-singing? My very best memories of church youth group in Arkansas are the Saturday paddling trips to the Buffalo River. We took it super slow, taunted each other with threats of snakes dropping from trees along the shore, and sang our hearts out. Mostly 50s and 60s-era pop songs: Everly Brothers, Roy Orbison, Patsy Cline. Youth group in its formal sense could be full of such moralizing, sentimental bullshit, but those trips were marked by an absolute freedom.

Paddling actually remains something I’ll do in almost any circumstances. Several times in the last two years, I’ve gone kayaking with my dean of faculty as our formal meeting, from her place in the western suburbs. We talk about committee stuff while watching for herons. I am very, very lucky this way.

What else? The beach but only in the three seasons that aren’t summer. The hike I used to do daily in Runyon Canyon in LA: a long and steady climb to the peak and then a quick descent down to the end of the loop, structured like a classic narrative, all denouement at the end. And these days, a day bookended by a run in the morning, bicycle ride in the evening.