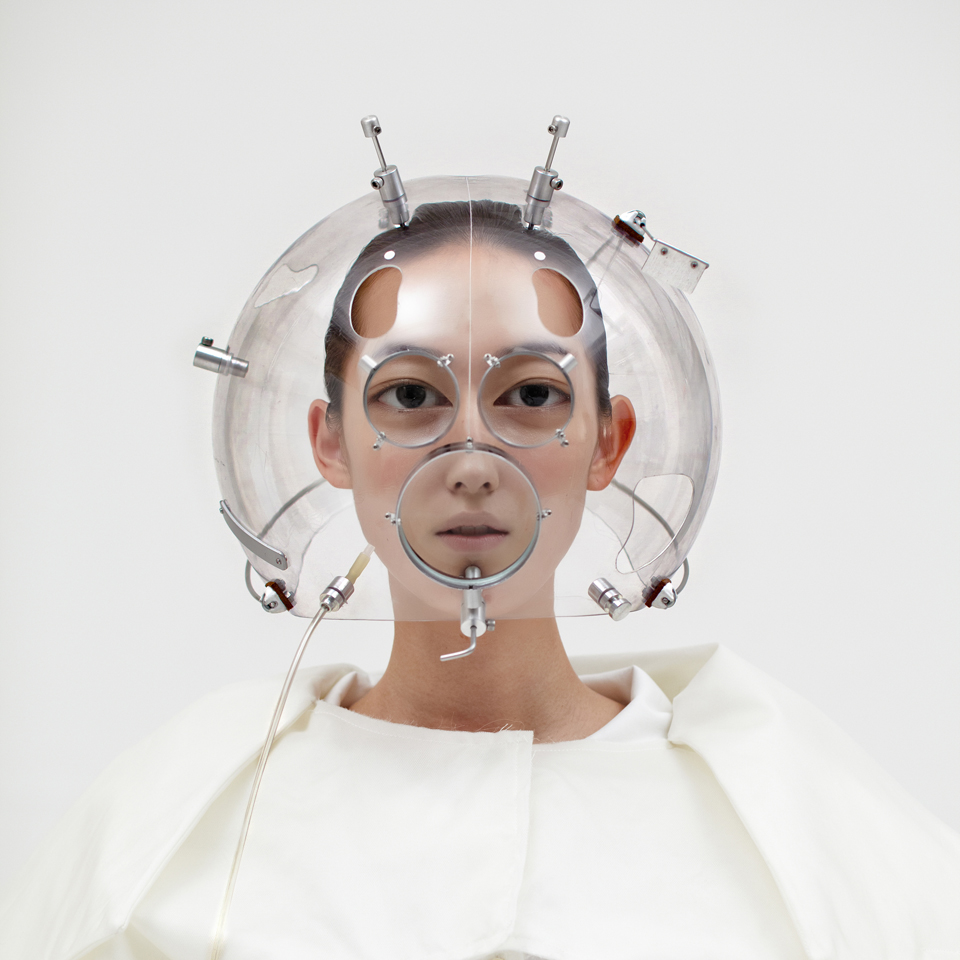 Lots of great projects in here—many I've not seen before. Plenty of both high- and low-tech projects and with a sense of history and breadth. And the critical analysis is also well done—she groups these projects together to show their raucous investigative energy, rather than a technophile's future shock:

Projects in this book have also served as examples for theoretical books about embodiment and the current relevance of the human body, with such themes as cyborgian society; posthumanism; cyberspace and social theory; and telepresence and communication theory. Seen in isolation the projects are iconoclastic, utopian, sometimes bizarre or disturbing. Seen together they present a unified look at design for the body—at the complexities of accommodating mobility and sensation simultaneously, at the strategies for augmenting, rewiring, or abrogating the senses, and at the state of the art of the human apparatus. Each project is, in its right, a speculation. Each one is visionary.

I'll include images and discussion of the text over several posts, but to start—since I've been thinking so much about wearable constraint and liberation—I'll include some of Cocky Eek's wearable projects: 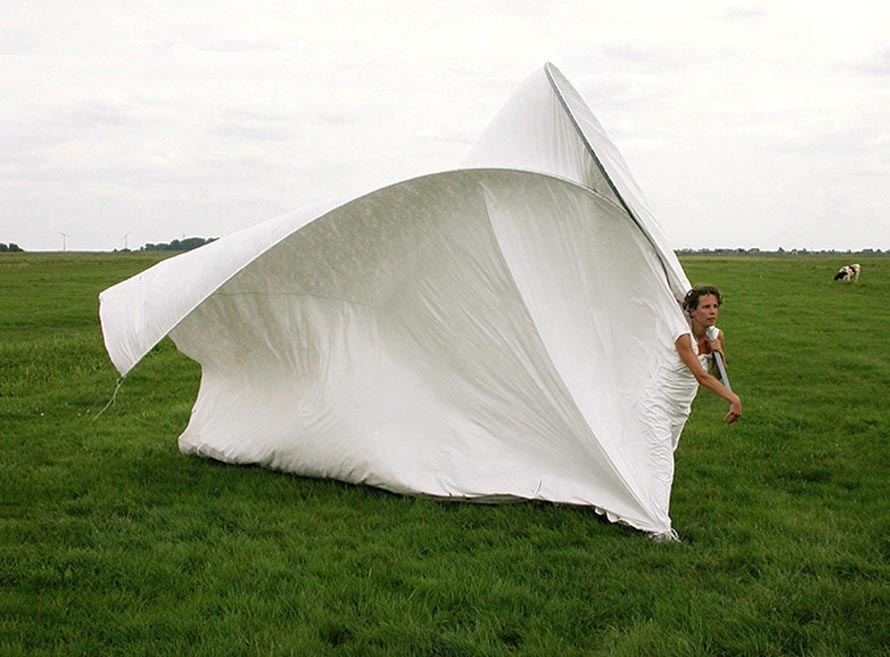 "Whether engaging wind, knotting space, morphing the body through pneumatic appendages, or getting lost in the interstice between materials, Eek's work strives for endlessness...

Her forms wrap and convolute, consume and liberate, become taut and then flaccid through time, wind variation, and the composition of their fabric 'skins.'" 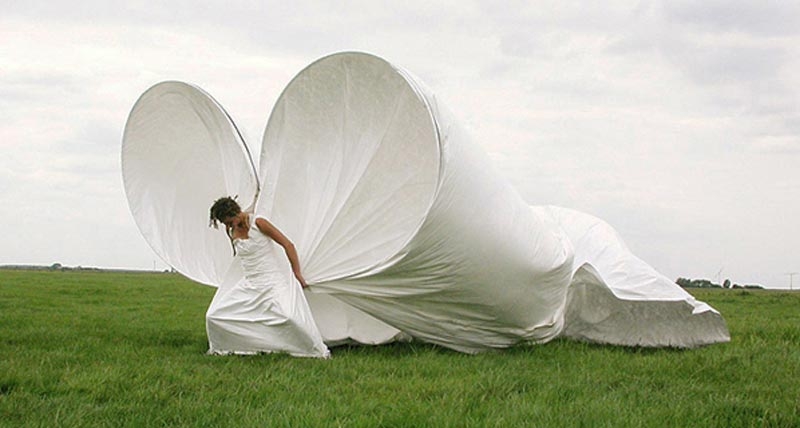 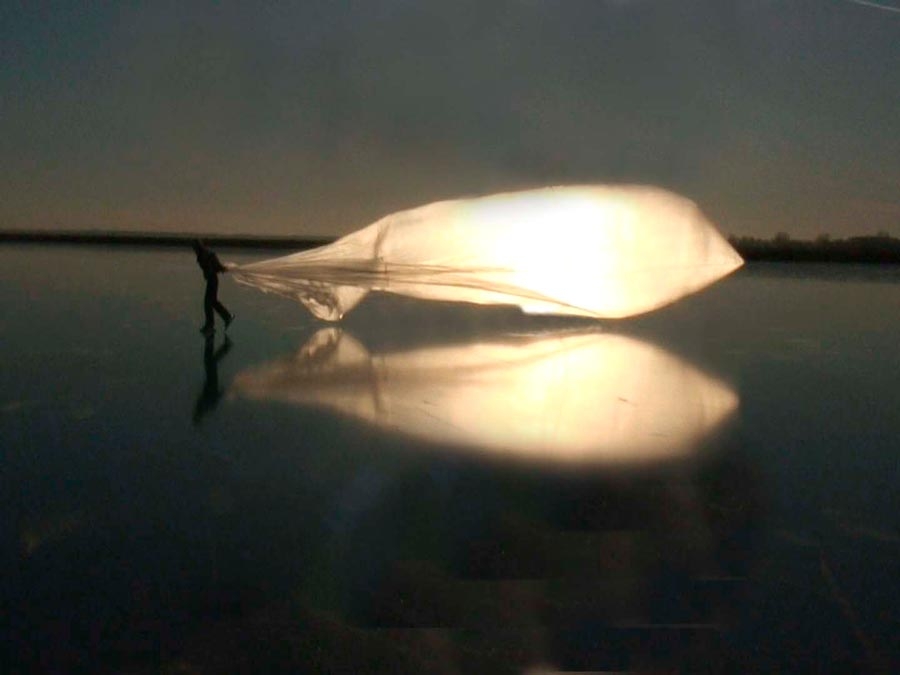 And here's Sitraka Rakotoniaina and Harry Vermeulen's Time Conditioning prosthetic—a device that temporarily slows your motions to enhance your experience upon taking it off: 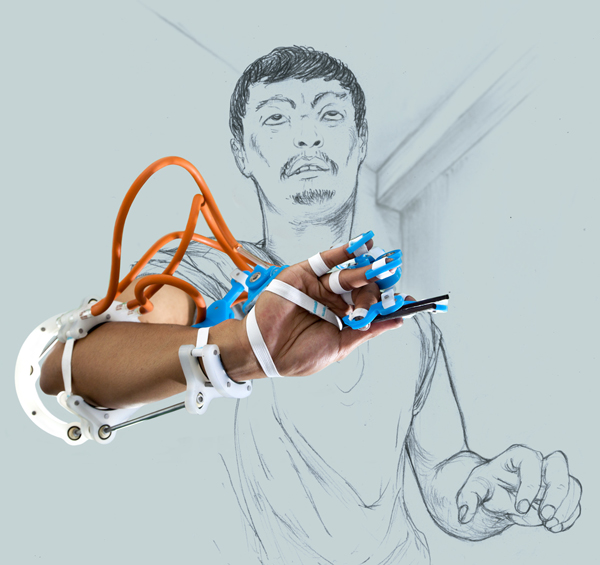 "Not every prosthetic device is designed to increase efficiency and improve ability at the outset. Time Conditioning seems at first to be thwarting efficiency. It s a low-tech hydraulic system for the arm that is engineered to slow down arm movement...[forcing] the arm to move as though it were under water.

The idea is to condition the brain. Once adapted to the new speed, the brain perceives the slowed down pace as normative. When the device is removed, perception is heightened. The body reflexes seem amped up while the muscle neurons retain a slow motion memory."

More in See Yourself Sensing.