I'm revisiting Ted Porter's Trust in Numbers: The Pursuit of Objectivity in Science and Public Life, probably 10 years after I first read it as his student in the history of science at UCLA. Emphasis throughout is mine:

My approach here is to regard numbers, graphs, and formulas first of all as strategies of communication. They are intimately bound up with forms of community, and hence also with the social identity of the researchers.

To argue this way does not imply that they have no validity in relation to the objects they describe, or that science could do just as well without them. The first assertion is plainly wrong, while the latter is absurd or meaningless.

Yet only a very small proportion of the numbers and quantitative expressions loose in the world today make any pretense of embodying laws of nature, or even of providing complete and accurate descriptions of the external world. They are printed to convey results in a familiar, standardized form, or to explain how a piece of work was done in a way that can be understood far away. They conveniently summarize a multitude of complex events and transactions.

Vernacular languages are also available for communication. What is special about the language of quantity?

My summary answer to this crucial question is that quantification is a technology of distance.

That last phrase has been especially provocative for me lately: It states at once the convenience of numerical descriptions (percentages, pie charts, ratios) and the immediacy of their appeal. I think it also suggests why artists tend to object to these descriptions of the world and to the comfortable assurance that this kind of "objectivity" will be respected, cited, trusted. Artists so often traffic in drawing close attention, in careful notice, in celebrating outliers and the unexpected. So it can seem like the posture of mathematical purity—in all its applied forms of social and political organization—is so much a technology of distance that it overlooks the subtlety and depth of human experience. Porter cites Horkheimer and Adorno for this kind of indictment of modernity:

Civil society ... makes incommensurables comparable by reducing them to abstract quantities. Enlightenment changes whatever does not reduce to numbers, and finally to identity, into mere appearance.*

Mere appearance, as opposed to authentic truth. But it's important not to make such an easy set of opposites. It shuts down opportunities for conversation, at best, and at worst, it leans in a conspiratorial direction devoid of historical perspective. Porter writes that "critics, especially on the left, present the quantitative mentality as morally indefensible, an obstacle to utopia." But Porter is writing a history book, and it's full of examples of social sciences employing quantification in response to political pressures from outside. The prevailing reign of quantification

is not an unmovable mover, or the product of conspiracy, by which a culture has been overturned. It reflected values before it created them, and its massive expansion in recent times has grown out of a changing political culture.

[The superficiality of numbers] is called, with some justification, openness, and it is designed to drive out corruption, prejudice, and the arbitrary power of elites. To no small degree it succeeds... 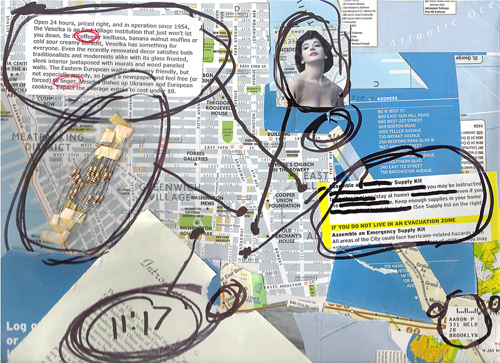 But the transparency, transportability—the apparent universality of numerical descriptions is naturally subject to political manipulation. We know this well, but the "distance" created by numbers is a technology we can't afford to lose. So how do we add "nearness" to our ways of knowing about each other?

I like Porter's use of John Ziman's Reliable Knowledge: An Exploration of the Grounds for Belief in Science:

...[T]he language of number may be contrasted to "normal, natural language," with its "loopholes such as ill-defined terms or ambiguities of expression," which permit one to "slip out of the noose on a line of reasoning." Scientific claims, like legal documents, "have to be written in a complex, formalized (and ultimately repellent) language." There is a hint of paradox in this alliance of clarity and arcaneness...

What, for artists, would be the opposite of that which is clear but arcane? Enigmatic but accessible? Unnerving but concrete, demonstrative, personal? Tacit but specific?

image credits one and two. Horkheimer and Adorno quote from Dialectic of Enlightenment.