In this article in GOOD magazine, Alexandra Lange argues for the ways cities would benefit from taking parents' interests seriously:

When urban parents, particularly mothers, complain about the public realm, they are often caricatured as whiny and overprotective. Your child was burned by the climbing domes at the new park? Kids are too coddled. You can't carry your stroller and child down the subway steps? Make him walk. You can't find a public bathroom? Stay at home. But what if the mothers, in many cases, are right? Access to safe, green open space, to accessible transportation, to clean bathrooms and places to rest are not solely the needs of children. What if catering to our youngest citizens, rather than dismissing them, would help us all live happier, healthier urban lives?

An article in The New York Times this summer detailed an initiative, spearheaded by the New York Academy of Medicine and Deputy Mayor for Health & Human Services Linda Gibbs, to make New York more "age-friendly." Longer walk signals, more public restrooms, minimizing corner puddles, "perches" in stores on which to take a break.

All these measures sounded admirable—but they would improve the lives of more than the elderly. The incentive to fix New York for seniors is money: According to the AARP, a third of the nation's population is over 50, but they control half the discretionary spending. Kids don't have cash, but their parents and grandparents certainly do, and more families staying in the city would have general economic and social benefits. 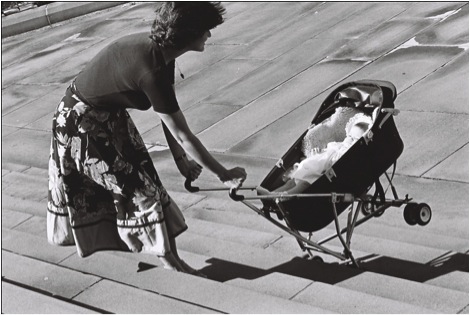 And Lange doesn't miss the link to disability issues:

Sensible improvements to public transportation would also allow more people to be more mobile. On the subways, seniors, kids, the handicapped, and the able-bodied with luggage, carts, and bikes would all benefit from elevators direct from platform to street[.]

Right. And how about these "family" bathrooms, now too rare, mostly limited to airports and museums and the like? Their extra size accommodates families—and if you're a city parent of young children, you know their value. But they also create access for anyone using equipment or needing assistance to get around, or hauling luggage or heavy gear. 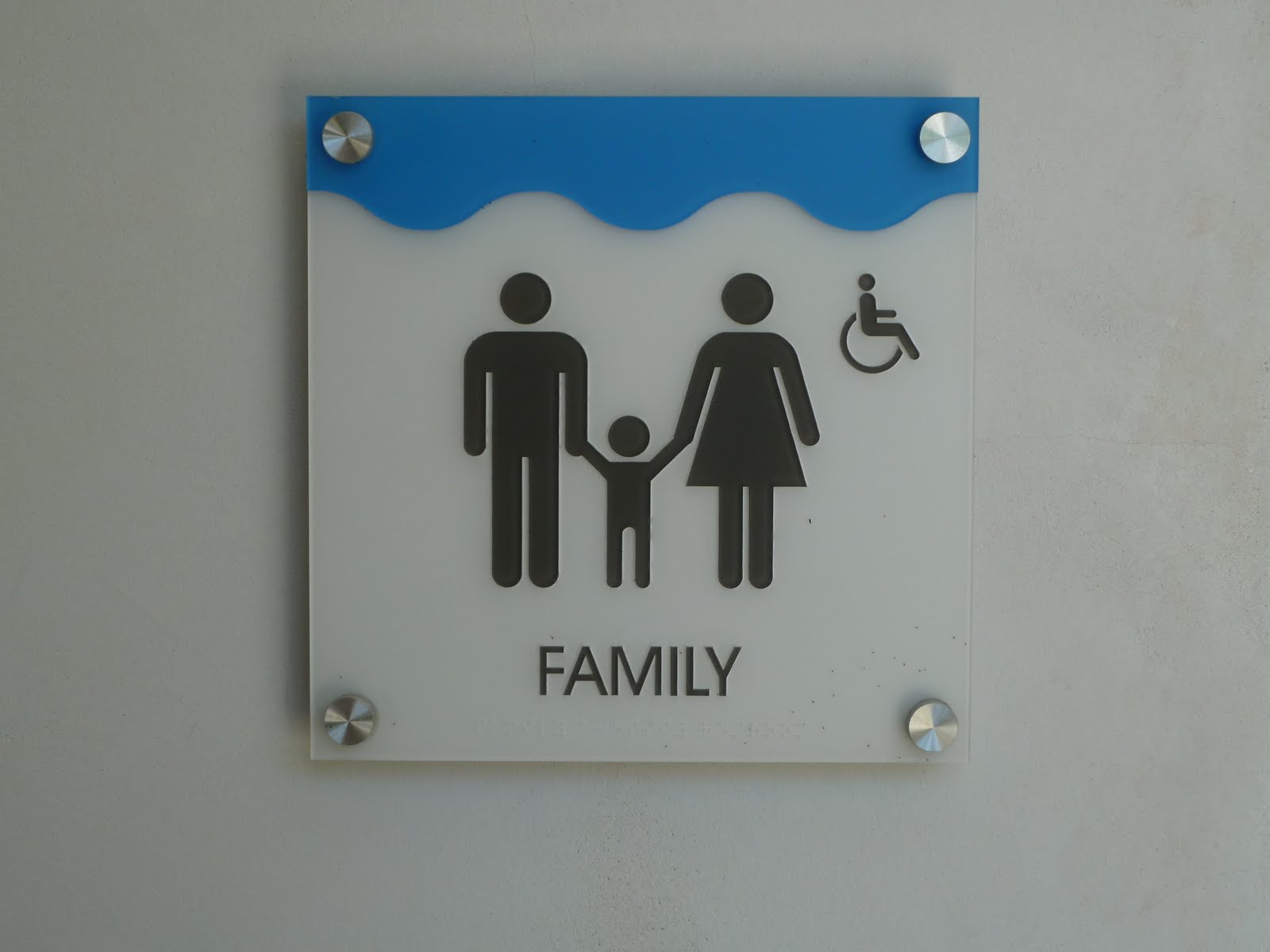 This is how the conversation about accessibility—now limited to code mandates and ramp lengths—should evolve into a conversation about access, writ large. If it's true that by 2030, 60% of us will be city-dwellers, it's worth reconsidering the standard structures created for wheelchair access, and thinking much more broadly about cities that work. It's these applied examples that embody the aspirations of universal design. Here's the kicker from Lange:

Seniors and juniors aren't the only groups whose interests align, but are balkanized in their advocacy. Children could lead cyclists, developers, school officials, and health nuts to their more perfect city, if only we would listen.

Balkanization is what plagues advocates for disability rights, too. A bit more imagination about the multi-user possibilities in new design could reveal the shared benefits of accommodation for so many more people.

It's tricky, though. Linda Layne, co-editor of Feminist Technology, writes that feminists have been reluctant to side with disability rights groups for better built environments, in part, because of women's hard-won historical fight to resist the idea of reproductive capacity as inherently disabling. 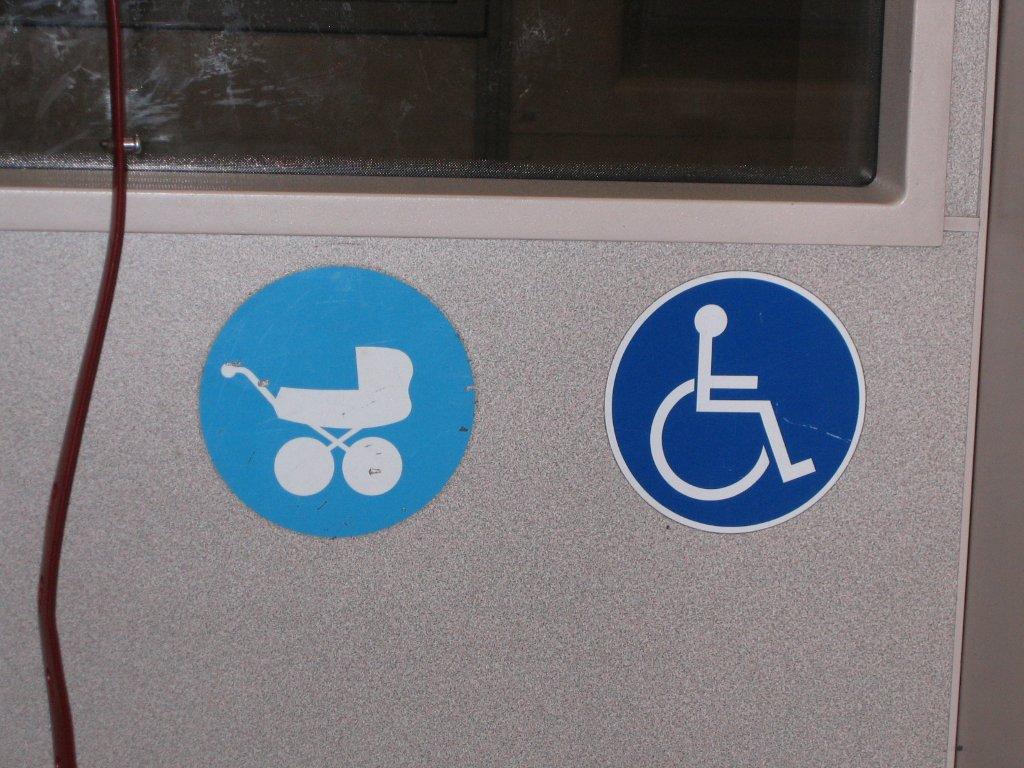 But this objection, as Layne writes in this blog post, misses a deeper examination about cultural notions of disability as well. Both groups need accommodations not for medicalized reasons. A pregnancy is not an illness, and a disability is not a personal impairment. Since the 1960s articulation of the social model of disability, advocates have understood the limited built environment and social exclusion as the operating disabling forces on otherwise "normal" citizens. It's physical structures and cultural practices that are inflexible.

If we understand pregnant women, caregivers with strollers and gear, atypical bodies, and adaptive technology use as normal variation in human experience, both groups of advocates can ask—together—for cities that make life possible for everyone. 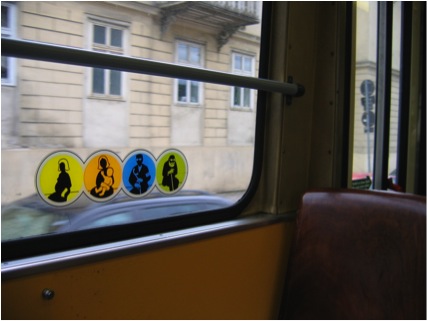