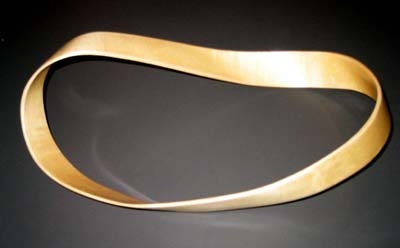 With Abler, I'm collecting prostheses and augmentive tools, but also the experiences created by the gadgetry. I especially love unexpected experiences that happen due to what appears to be a limitation, whether in the user or the tool itself, as I laid out in my post about the iPad's accidentally adaptive interface.

I'm pretty sanguine about the possibilities for adaptive technologies in our collective future—and I'm not swayed by a kind of either-or ethical discussion about our cyborg-ish prospects. (As in: Either we lose our older, more "natural" ways of doing things, or we opt for an increasingly streamlined dependence on proxies.)

So I got interested, clicking through my feeds this week, when I found scholar Alan Jacobs (at Text Patterns) had posted an excerpt from a friend's recent email. Rod Dreher, who recently started his first blogging hiatus after four uninterrupted years, wrote to Jacobs about his ensuing adaptive experience.

Dreher says he sat down to read Jonathan Franzen's new novel on the iPad, and found that he finished the book—a rarity, he says, since he'd spent so many years reading with his blog reportage in mind:

I was never able to give myself over completely to the narrative, fictional or non-fictional, because I was always standing outside of it, ready to talk about it online — and I would stop reading cold to go do that. It made for good blogging, I think, but a book never was able to cast its spell. Being away from blogging for three weeks may — may — have given me back my ability to experience a book as it ought to be experienced. It was kind of, I dunno, exhilarating.

But the thing that grabbed me was one of his added comments to the post:

My wife -- to whom the iPad actually belongs, let me say -- often accuses me of "having no unblogged thoughts."

... and it occurs to me that my wife reads books, but I just process printed information. You know? For me, it's all part of the same infostream. Because she has no *blogged* thoughts, and doesn't want to have, she has the self-control to give herself over completely to the books she reads.

Even as I sat with her iPad reading "Freedom," I fought the impulse to check my e-mail. If I had been able to answer e-mail easily on the thing, using a normal keyboard instead of hunting-and-pecking, I probably wouldn't have been able to resist. (emphasis added)

So our evolving machines grant us, yes, both possibilities and limitations. But, even better: sometimes the limitations themselves create, or re-create possibilities—experiences that would have been unavailable to us if our use of the tool had been optimal at first blush. What looks like forced passivity in the iPad's touchscreen might grant us an extra measure of single-channel absorption.