a cutting of chai 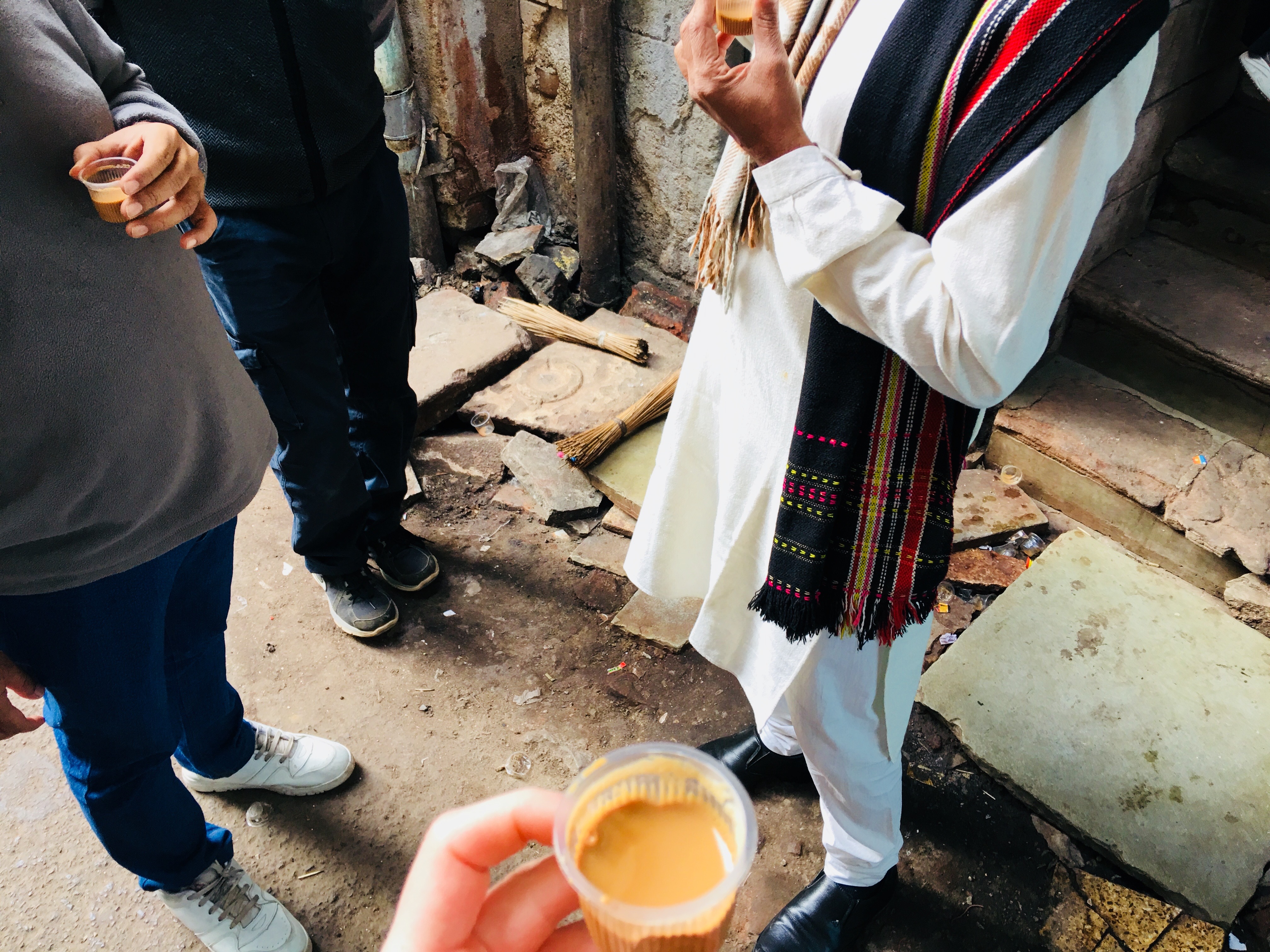 I’m in Ahmedabad doing book research, and it’s my first time to India. I could say so much about being here, and eventually I will in the book or elsewhere. But one tiny thing is this serving of chai that you get on the street. A small cupful, like an espresso shot. You call it “a cutting”—as though you were ordering a clipped portion of the whole, even though the whole is an unspecified and varying amount.

Lots of languages have diminutives, of course. I recall, for example, that in Dutch you order a “little flute” of beer so as to keep a serving colder and fresher than, say, an English pint. And “smallening” serves both practical and social functions in speech of all kinds.

But a cutting of chai! A snipping of liquid! A sharp line drawn through the viscosity of a substance that could never be so neatly sliced. It’s the most evocative image for a measure that I can think of.