I'm teaching Next Generation Wearables at RISD this spring; it's being formed as we go, so it's harder to share here than Investigating Normal. I'll report as I can.

But I'm also co-teaching (with Cas Holman) a studio course, a kind of pro-seminar, for RISD graduate students in Industrial Design. We're walking together through four (arbitrarily) designated designer-dispositions, based loosely on Bruce Tharp and Stephanie Tharp's configuration from this essay. Nothing magic about these four; it's just that they give students two broad occasions to ask questions ("experimental" and "discursive" design), and two occasions to gesture toward solutions ("responsible" and "commercial" design). Naturally, these categories are easily blurred, but so far it's proving to be a useful heuristic exercise to separate them out this way. 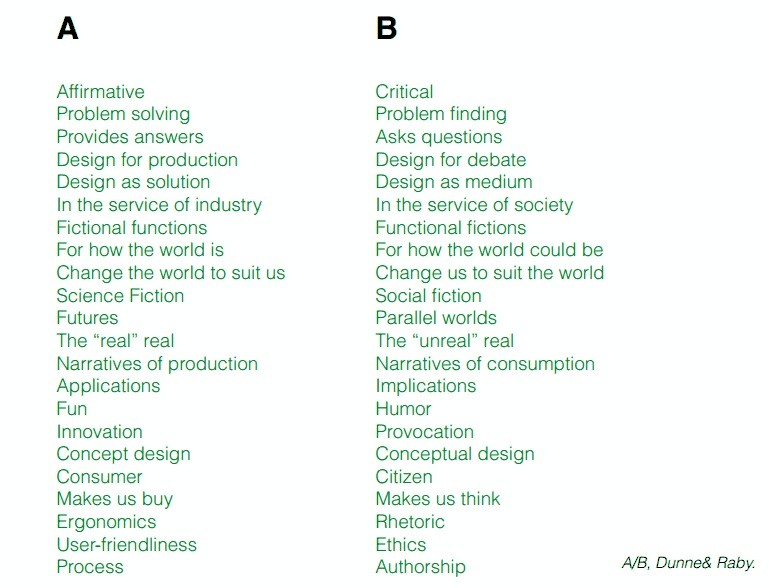 (This is the fantastically useful critical design chart from Dunne & Raby's Speculative Everything.)

We're asking them to address one self-generated, carefully crafted question in four different ways: to force themselves to alter their posture toward data and research and material craft, four times over. They'll get to choose one to explore further at the end, and along the way, we'll be asking them to measure their natural responses to these options.

Industrial Design, after all—like the other design fields—means so many different things now. So the challenge is to give students a working knowledge of their choices as makers: And not just as makers but as writers, as framers of their work. As people who will both shape things and the potential social and cultural exchanges around those things, be they material or digital.

For both their strategic career moves and their growth as thinkers, I think it's necessary to talk with students all along the way about their own meta-cognition, about their larger wishes as designers in this studio. And that involves how they choose to engage multiple publics through their work—when it's on display or in use materially, and when it's photographed and distributed as an image in networked space. And, importantly, how they show their work. But even more than that, I want them to see that they'll inevitably be engaging spimes as they go forward. They'll be making things that are instantiations and indices of systems, vastly complex and layered. Physical and digital and physical again: sites of flows. Perhaps the Internet Of Things is old news to you, dear reader, but think about how much there is to amass about its implications, when you're juggling craft and code and point-of-view. 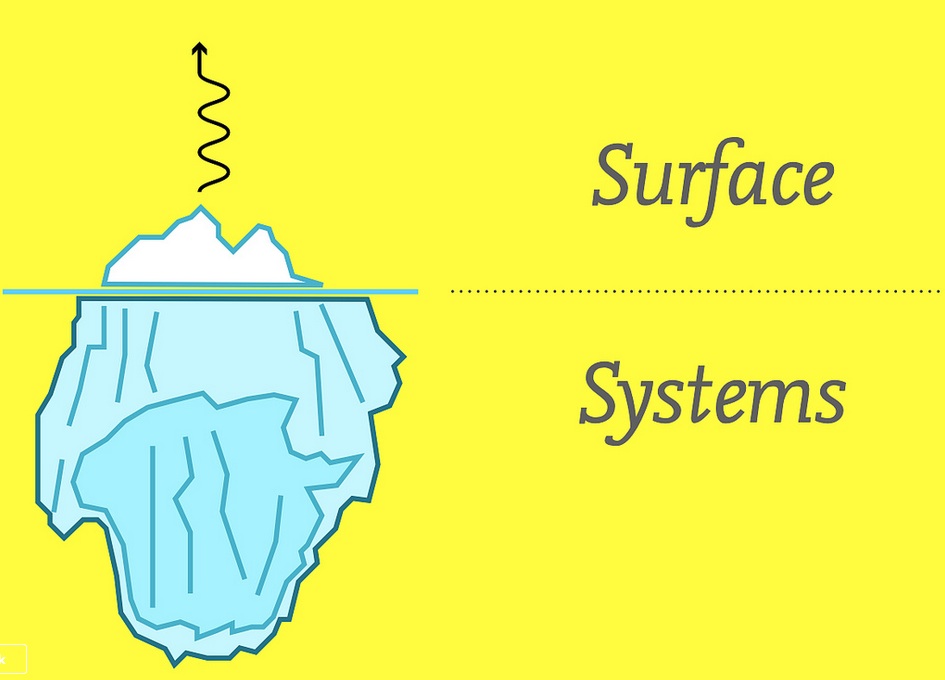 They showed me plenty of exciting design work, too. Looking forward to more of that.