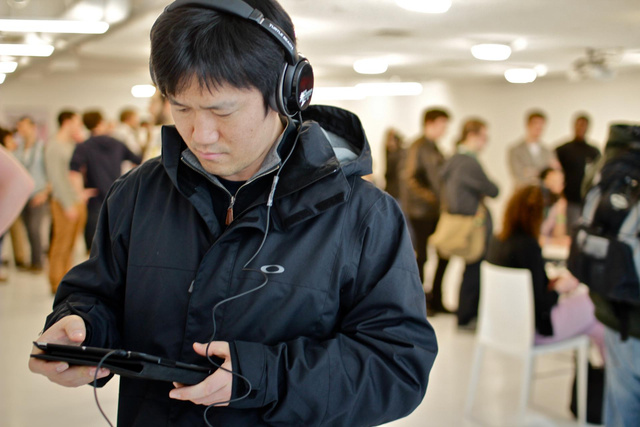 BlindSide is a video game with an entirely aural environment—nothing to see, only sound cues to navigate through space. The story is framed as a horror fantasy: a player wakes up to find himself as Case, a professor suddenly blinded and in a now-destroyed city, with unidentifiable creatures devouring people everywhere. Wearing headphones, players attempt their escape by hearing spoken clues and subtler sounds, having to judge directional decisions based on cues coming from the left or right: traffic, for example, or a dripping faucet. The game is fully accessible for both blind and sighted users, with a story to appeal to all kinds of players.

It's hard to pull that off: making an accommodation for a blind user that's integral to the story. It's even harder to bypass the entire default mechanism of vision as the central sensory experience of gaming. Creators Aaron Rasmussen and Michael Astolfi used some 1,000 sound effects and pieces of dialogue to build their world. I emailed Rasmussen and Astolfi, asking what a model like BlindSide might mean for the field of game design at large.

"With BlindSide, we saw an opportunity in the audio-only space that we felt was ripe for exploration," wrote Astolfi. "This opportunity was afforded thanks to the bounty of software tools and hardware platforms that have become available to developers. BlindSide combines a number of features (including an enhanced 3D audio simulation, fully modeled and bounded virtual spaces, and gyroscopic controls) that work together to create its unique experience." 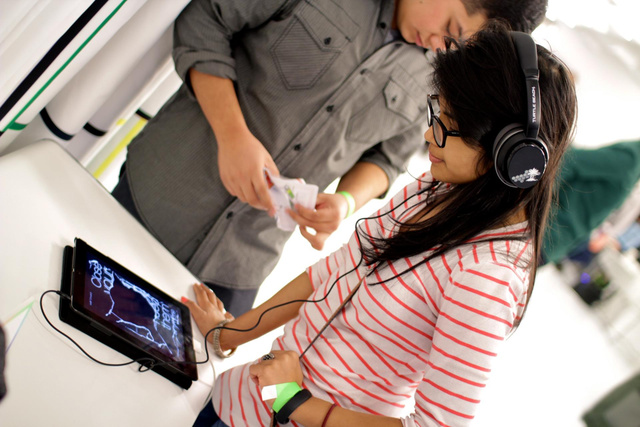 Astolfi and Rasmussen achieve this by a number of means, he wrote: "providing collision sound effects tailored to the object's material, and dynamically adjusting the pitch of the sound a player made as they moved along an object, which simulated a real-world technique known as 'trailing,' which visually impaired individuals use to navigate real environments."

The game was inspired by Rasmussen's experience of temporary blindness as a teenager—the result of an injury in a chemistry class. The experience stayed with him, and now Blindside does something rare: making accessibility for blind players a generative space for invention. A design constraint that blossoms into something altogether new.

Via the New Yorker. Thanks to Roberto Greco.

This post is also over at Abler on Gizmodo.