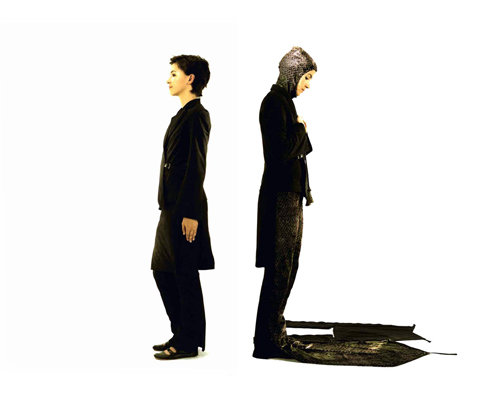 Azra Aksamija's wearable mosque brings the condition of the sacred to the mobile city. Her nomadic design contains all the elements needed for proper worship, including a head covering and prayer rug, a compass for finding the direction of Mecca—all built discreetly into street clothes.

It's rare to find such sensitive treatment of religious orthodoxy in this contemporary way. Aksamija is careful to both adhere to traditional requirements and embrace, as she says, "the concept of the World as a Mosque, as defined by the Prophet Mohammed, as wearable architecture."

For Aksamija, the design functions as a set of true extensions for the wearer. She claims that "not only does the wearable mosque accommodate the liturgical necessities, but it also acts as a prosthetic device of the worshipper communicating his/her prayers: problems, needs and desires."

The design works by a system of zippers and attachments: 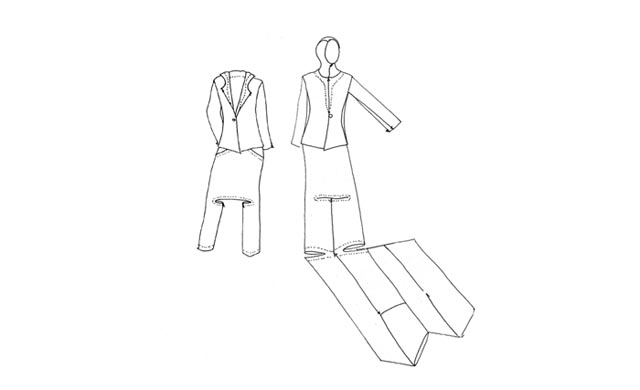 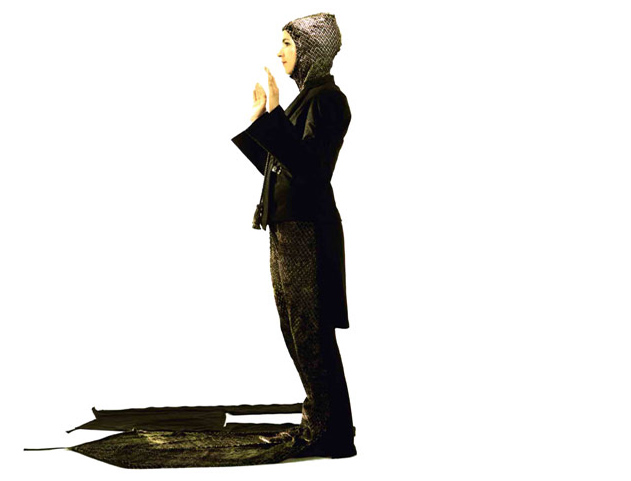 Aksamija says that "the Nomadic Mosque aims to redefine traditional forms and functions of mosques in the contemporary context. These thoughts thus contribute to an architectural interpretation of the religion of Islam, understanding it not as a static concept, which it often claims to be, but rather as a dynamic process that allows change in time and place."