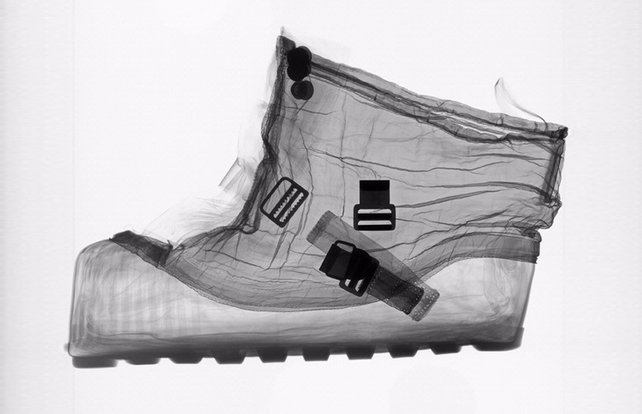 The traveling exhibition Suited for Space continues its tour around the country, now on view at the Smithsonian. Particularly striking are these x-ray photographs of space gear, exposing the inner workings of those otherwise opaque monstrosities.

Cathy Lewis, curator of international space programs and spacesuits at the National Air and Space Museum, talked to FastCo about both the changes and the consistencies in suit design over the last decades:

The spacesuit skeletons show how designers kept astronauts mobile with sets of conical ribbing around the shoulders and knees. They also built rubber restraint systems into the joint areas to preempt the problem of air displacement (flexing one arm and losing air space).

Glove design has changed the most since the space race era—it’s gone through six redesigns—yet, or perhaps because, it’s the part of the suit that garners the bulk of complaints. Gloves are "a trade off," Lewis says, "between allowing the astronaut to have a tactile sense, and protecting the hand.” 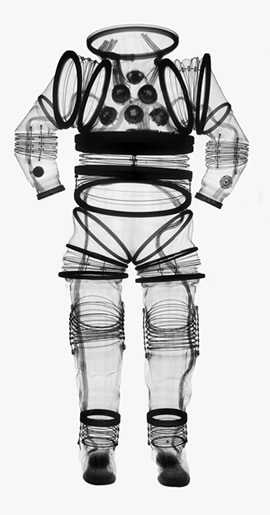 Thanks to Christian Ervin.