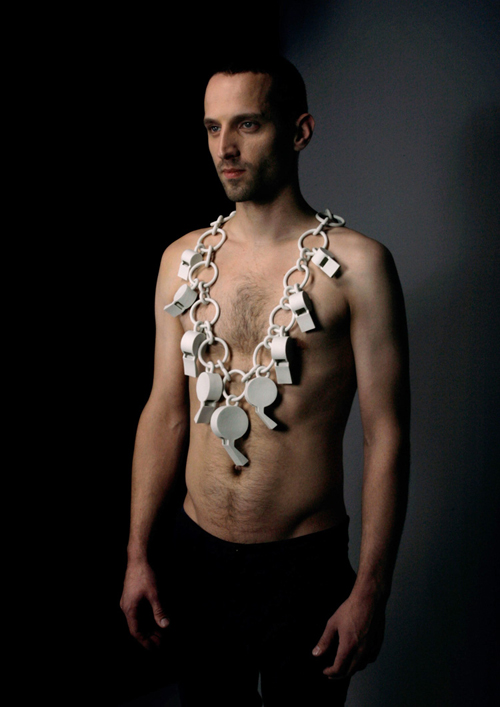 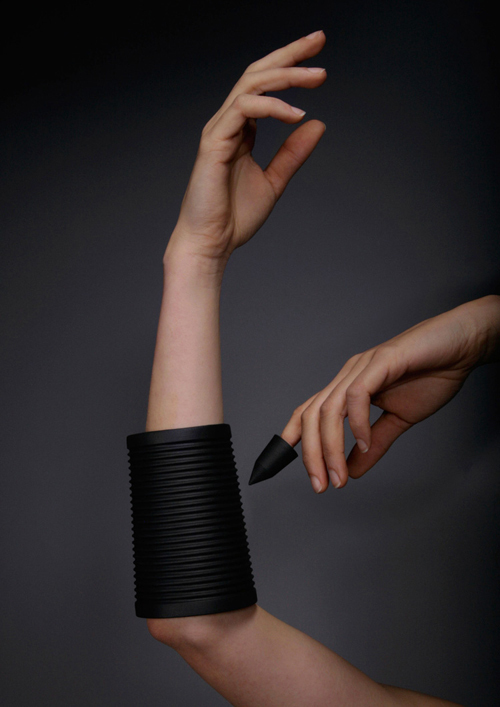 The series is inspired by idiophone instruments—those which make sound primarily through the instrument's vibration, without the use of strings or membranes—and aerophone instruments—those whose sound is produced by the vibration of air, again without strings or membranes, but also without the vibration of the tool itself. The designers combined these structural qualities with the acoustic quality of clay in mind, resulting in "a trumpet bracelet, a güiro cuff, a whistle necklace, a pan-flute collar, a rattle and xylophone bangles." 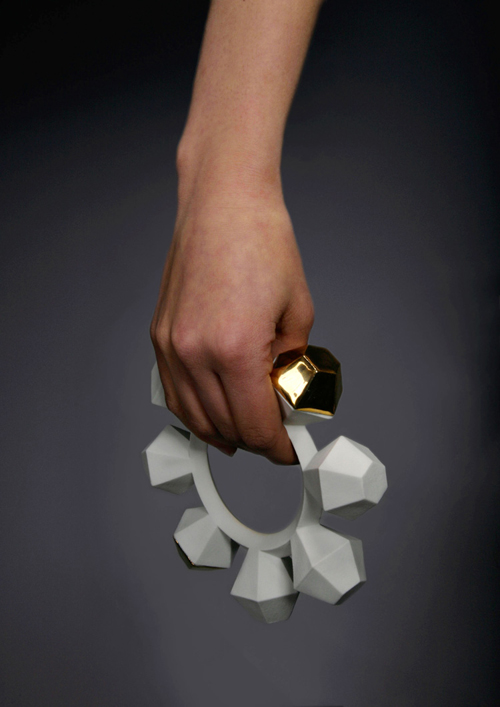 "Designed in Rhino software," the designers write, "the models were first printed on the ZPrinter 450." 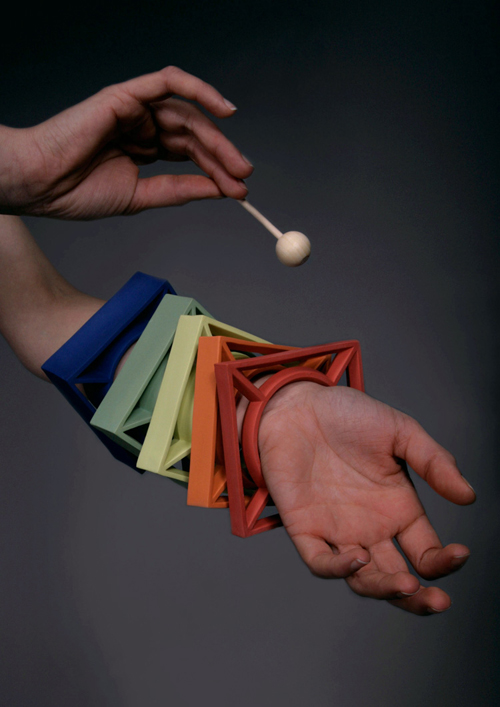 "Moulds were designed by splitting the models into parts and printing contra-mould parts for some more complex objects. After building the plaster moulds, all the instruments were slip-cast in porcelain." 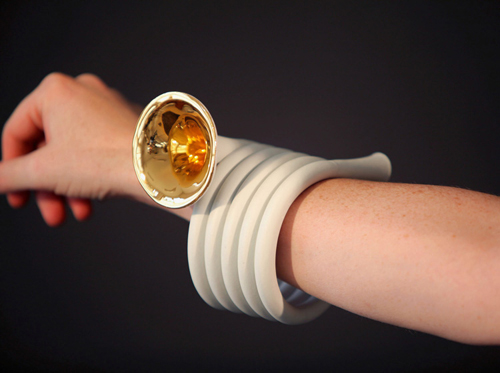 Here's the fantastic process video below. You can see the full performance of the works at the Museum of Art + Design here.

More at the Elasticbrand site. At Y Not, via Seeing Sound.