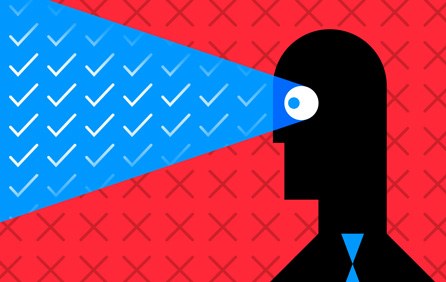 Stuart Firestein narrates the origins and case studies of his course, offered in the Biology department at Columbia, called Ignorance. It started with his dissatisfaction in teaching a stock-in-trade course called "Cellular and Molecular Neuroscience":

"[A]s a lecturer, you wish to sound authoritative, and you want your lectures to be 'informative,' so you tend to fill them with many facts hung loosely on a few big concepts. The result, however, was that by the end of the semester I began to have the sense that the students must have had the impression that pretty much everything is known in neuroscience.

This couldn't be more wrong. I had, by teaching this course diligently, given these students the idea that science is an accumulation of facts. Also not true. When I sit down with colleagues over a beer at a meeting, we don't go over the facts, we don't talk about what's known; we talk about what we'd like to figure out, about what needs to be done. In a letter to her brother in 1894, upon having just received her second graduate degree, Marie Curie wrote: "One never notices what has been done; one can only see what remains to be done..."

This crucial element in science was being left out for the students. The undone part of science that gets us into the lab early and keeps us there late, the thing that 'turns your crank,' the very driving force of science, the exhilaration of the unknown: all this is missing from our classrooms. In short, we are failing to teach the ignorance, the most critical part of the whole operation.

And so it occurred to me that perhaps I should mention some of what we don't know, what we still need to find out, what are still mysteries, what still needs to be done—so that these students can get out there and find out, solve the mysteries and do these undone things. That is, I should teach them ignorance. Finally, I thought: a subject I can excel in.

This curious revelation grew into a idea for an entire course devoted to, and titled, Ignorance. A science course. That course, in its current incarnation, began in the spring of 2006. At the heart of the course are sessions, I hate to call them classes, in which a guest scientist talks to a group of students for a couple of hours about what he or she doesn't know. They come and tell us about what they would like to know, what they think is critical to know, how they might get to know it, what will happen if they do find this or that thing out, what might happen if they don't. About what could be known, about what might be impossible to know, what they didn't know 10 or 20 years ago and know now, or still don't know. Why they want to know this and not that, this more than that. In sum, they talk about the current state of their ignorance."

In Firestein's Ignorance: How It Drives Science. Image credit.